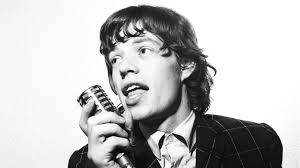 This year Record Store Day saw the release of many many records. Amongst the piles of unwarranted overpriced limited edition reissues, there were a few gems. Given my limited amount of disposable income and my geographic location, I had to limit myself to these interesting curiosities: 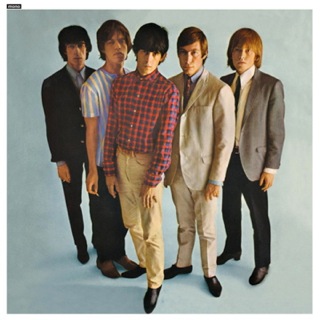 ROLLING STONES - 5 X 5 EP (Abcko)
For the average rock fan, it is easy to forget that the Rolling Stones were once a formidable white rhythm and blues group. This extended play, originally released in 1964 just after their debut LP landed, proves without a doubt that they were proficient at their craft. This was recorded when the boys stopped by Chicago's legendary Chess Studios while on tour in America. They laid down 5 tracks of blues, R&B and rock n' roll. Like so many of the British groups of the early Sixties, the majority of the material are cover versions of black American artists with only two original compositions making the cut. The standout track is their take on Chuck Berry's Around And Around which I daresay prefer to the original. What a treat it must have been to see them perform in 1964.
(RA) 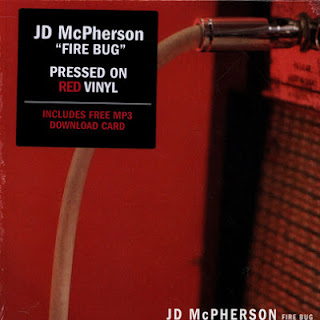 JD McPHERSON - Fire Bug b/w A Gentle Awakening (Rounder)
Rock and roll! Chicago based roots rocker JD McPherson belts out a furious tune that would make Gene Vincent and Eddie Cochrane proud. Great vocals, excellent guitar work and a solid back beat make this a contender for party song of the year. The b-side is a slow foreboding number showcasing McPherson's singing talent. You can't go wrong.  Pick this up now while it's still available. (RA) 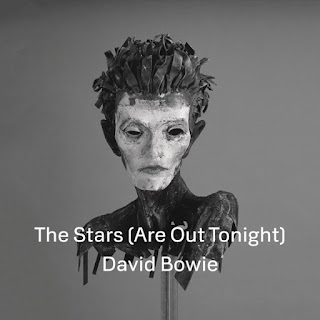 DAVID BOWIE - The Stars (Are Out Tonight) b/w Where Are We Now?  (ISO/Sony)
Two tracks taken from the recluse's new album packaged together on this nice little 45rpm record makes this writer a happy camper. The Stars (Are Out Tonight) is a flowing mid-paced rocker that sounds like vintage solo Iggy circa 1977-1982. The b-side is a strange slowish number that brings to mind his time in Berlin during the 1970's. Overall, there is a retro feel without sounding dated. This will most certainly appeal to fans of his classic era and hopefully new listeners as well.   (RA) 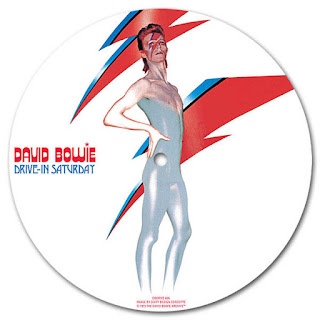 DAVID BOWIE - Drive-In Saturday b/w Drive-In Saturday (live)  7" picture disc (EMI)
Has it really been 40 years since this (UK #3) was unleashed?  Like most of Bowie's 70's era hits, it sounds contemporary enough to be on modern radio. This is one of the best tracks off the Aladin Sane album and a prime example of the man's vocal abilities. Lyrics deal with futuristic people who have somehow forgotten how to have sex and have to reference the previous decade's pop culture (Jagger and Twiggy) for instruction. An enduring classic! (RA) 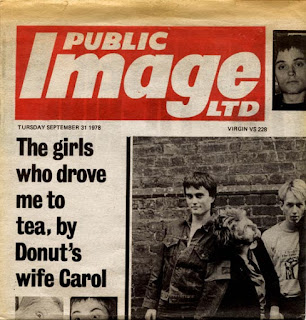 PUBLIC IMAGE LTD - Public Image b/w The Cowboy Song (Light In The Attic)
Less than a year after being sacked by the Sex Pistols, vocalist Johnny Rotten assembled two of his mates (Keith Levene and Jah Wobble) plus Canadian drummer Jim Walker and set about  changing popular music and punk preconceptions. This anthem for the post-punk generation features a deep bass line influenced by dub reggae, dissonant atmospheric guitar and a pounding beat. The lyrics are an attack on the press, punk and perhaps even his former band mates. Catchy as hell and instantly danceable, this is one track that merits its cult status. The Cowboy Song sounds like a bunch of guys messing about in the studio.  (RA) 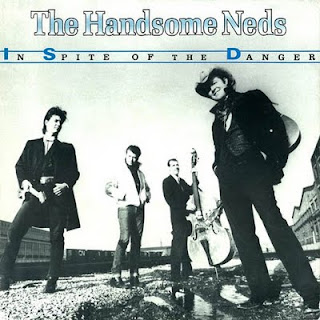 The HANDSOME NEDS- In Spite of The Danger b/w Ain't No Room For Cheatin' (Cameron House)
A band named after its frontman Handsome Ned. This guy was a legend in Toronto during the early eighties as he almost singlehandedly re-introduced country and rockabilly music to downtown hipsters and punks. Make no mistake, this was no parody or piss-take on the genre. He meant it man! A true talent and great voice who, like his heroes Gram Parsons and Hank Williams, died much too young. Both songs are available elsewhere on compilation albums but it's great to spin this on 45rpm.
(RA) 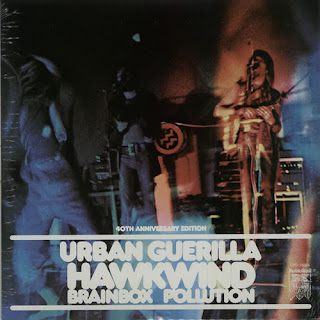 HAWKWIND - Urban Guerilla b/w Brainbox Pollution (40th Anniversary Edition) (EMI)
This gem from 1973 was banned by the BBC because it coincided with IRA bombings in London around that time. Management also thought it wise to pull it from the shelves although it hit #39 on the charts. Lyrics deal with street violence, bomb making, class war and anarchism. The flip side is a more conventional drug-fueled rock and roll jam that Hawkwind were so good at. Nice. (RA) 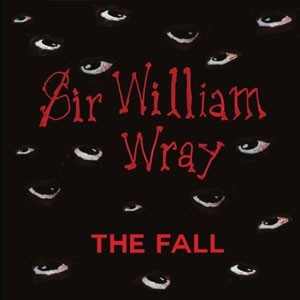 THE FALL - Sir William Wray 7" (Cherry Red)
Admittedly I haven't followed this band in quite some time, but upon first listen it sure sounds like vintage Fall to me. Sir William Wray and Jetplane are both driven by melodious keyboards with Mark E, Smith ranting about who knows what. The flip side has Hittite Man which is more of a garage rocker with a great guitar riff. Not your average literary post-punk drunken session. (RA) 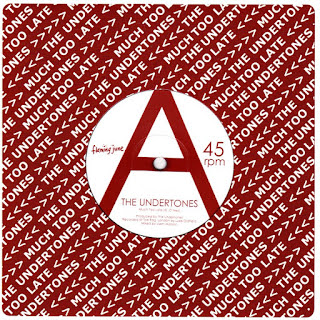 THE UNDERTONES - Much Too Late b/w When It Hurts I Count To Ten 7" (Flaming June)
This is the first release of new material by this band since 2007. Both sides show strong sixties influences with good energy and nice guitar work, but diehard fans of their old material will no doubt miss the trademark Ramones-influenced pop-punk that made these guys famous. I was hoping for more. Good but not essential.  (RA) 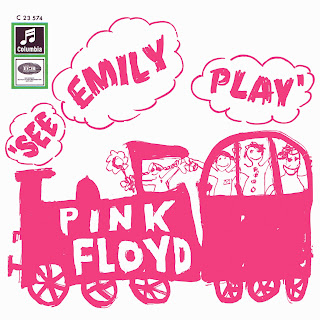 PINK FLOYD - See Emily Play b/w Scarecrow  (EMI)
This fantastic single originally saw the light of day in June 1967. The fact that such a whimsical piece of English psychedelia would crack the top ten charts is indeed a testament to the times. This is Syd Barrett's Pink Floyd at their best. This song has it all: deranged organ, interesting slide guitar, great bass line and Syd's signature vocals. The b-side Scarecrow sounds like a children's song from a few centuries ago driven again by Richard Wright's incredibly cool organ and Syd's musings on the life of a scarecrow. This special edition comes with a fold out reproduction poster advertising the release of this single. Classic! (RA) 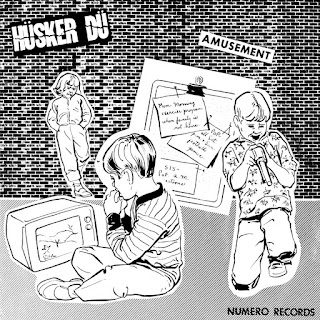 HUSKER DU - Amusement b/w Statues + bonus 7" (Numero)
An excellent reissue of this band's first vinyl release with a bonus 7" containing two studio tracks. This goes way back in time before the major label, before their classic SST albums and even before their early blistering hardcore madness.  This shows a band creating and doing their own thing while being influenced by post-punk and the oncoming hardcore assault that would soon find its way into every American suburban neighbourhood. Even if you're just a casual fan of this Minneapolis trio, this is highly recommended. (RA) 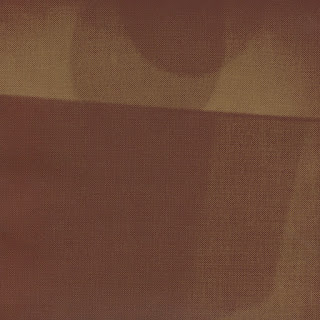 MICHAEL FEUERSTACK - Shadow b/w Wolves 7" (Forward Music)
I hadn't heard any new material by this guy (former Moncton resident) in years but this is not what I had expected. The quiet vocals and soft finger-picking guitar that I remember from yesteryear have been traded in (at least on this record) for some serious catchy-as-hell pop hooks and phrasing that brings to mind Joel Plaskett and Elvis Costello. Good job. (RA)

SMALL FACES - Green Circles (mono) b/w Green Circles (stereo) (Charly)
An often overlooked gem by this great band. It is a mid-paced soft psych number that sounds like a calm Syd Barrett fronting The Who. This has great melody and with an organ that sounds a bit like a harpsichord, it is a fine example of sixties mod pop art rock.  Excellent. (RA) 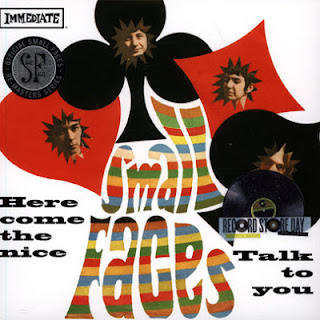 SMALL FACES - Here Come The Nice b/w Talk To You  7" (Charly)
A brilliant piece of British psychedelic pop from 1967 by this seminal mod band. The obvious drug reference and brilliant pop art mish-mash made this an instant classic. This was their first release on Andrew Loog Oldham's Immediate label and it made it up to number 12 in the UK charts. The flip is a tough R&B number that harkens back to their earlier sound. Nice picture sleeve. (RA)