Ugly Pop is a fantastic Canadian boutique label specializing in obscure (and not so obscure) 7" reissues. Whether it is 60's garage, punk, oi, or proto-punk, they seem bent on giving us the goods.
I recently acquired several new releases by the label and thought I'd share my thoughts. If you're in my local area, the following records can be purchased at Spin-It Records (http://blog.spin-itrecords.ca/). 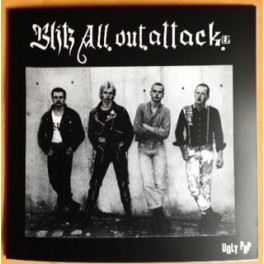 Blitz - All Out Attack 7" EP (Ugly Pop)
Oh my goodness! I cannot believe that this small Canadian label has managed to reissue one of the most influential British punk records of the eighties. Blitz hailed from New Mills and were comprised of two punks and two skins. They were as hard as nails and their sound razor sharp. By fusing the rousing catchiness of oi with the energy of British hardcore, they managed to release this fantastic debut release in 1981 which eventually went on to sell over 20,000 copies. The tough vocals, terrace style choruses and buzzsaw guitars still excite over three decades later. Essential.  (RA) Hackamore Brick - Oh! Those Sweet Bananas b/w Someone You Know  7" (Ugly Pop)
Close your eyes and you'll swear that you are listening to Lou Reed and the Velvet Underground circa 1970. This NYC band released one album on the Kama Sutra in 1970 (from which both these songs were culled) and pretty much dissolved after that. The A-side should be part of the East Coast proto/pre-punk lexicon alongside Sweet Jane or Roadrunner. The flip side is a softer acoustic number with an interesting bass that is perhaps out of tune making it all the more endearing to these ears. (RA) 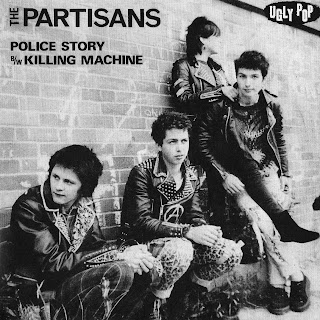 The Partisans - Police Story b/w Killing Machine 7" (Ugly Pop)
Another 1981 Brit-punk classic from the No Future catalog. These teenaged Welsh punks made quite a splash back in the day and still remain popular today with the spikes and studs crowd. Fast paced punk with lyrics dealing with police brutality and anti-military sentiment. Sadly, these themes remain current and still resonate today. (RA) 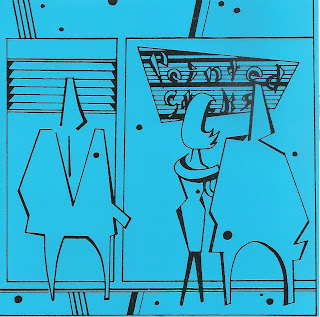 Pointed Sticks - What Do You Want Me To Do? b/w Somebody's Mom  7" (Ugly Pop)
This is perhaps the quintessential Canadian power pop-punk song and a personal favourite of mine for many years. Originally released in 1978, it's got great teenage bubblegum appeal with lyrics dealing with a flawed romance. The music is instantly catchy and punchy at once. The b-side is a short sharp ditty (with a Kinks-like guitar riff) about a suburban housewife and her addictions. Both these songs were re-recorded later but these original rawer versions are the ones to seek out.  (RA)
Posted by The 13s at 2:42 PM No comments: