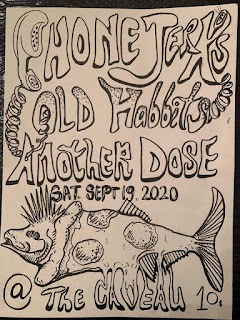 A while ago, we asked a bunch of music-obsessed friends and acquaintances to each compile their top ten American bands of the 1960's. No solo acts, this is in praise of the band (duos were accepted). The simple criteria was that each band listed had to be American and had to have at least one full length album released between 1960 and 1969. Musically, the sixties were a wild decade with things changing at a very fast pace. Teen idols, surf music, beat groups, garage explosion, mods, psychedelic music, hippies, folk-rock, proto-metal. Most of the bands selected, were sadly under-appreciated during their existence. The results, although not at all surprising to the editor, would no doubt be shocking to most music enthusiasts of the era. One has to take into account that the majority of those solicited for this survey grew up during the 1970's or 1980's and are, for the most part, underground music aficionados. We also have the benefit of both hindsight and numerous reissues to inform our music palate. So without further ado, here goes... 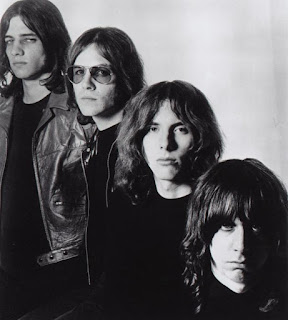 1. THE STOOGES: These Detroit (actually Ann Arbor) legends managed to release their debut self-titled album in August of 1969 on Elektra Records and helped destroy the Sixties. This proto-punk, proto-metal freakout classic was produced by John Cale (Velvet Underground) and became the perfect counter point to Woodstock and the San Francisco scene. Great guitar riffs, killer rhythm section and featuring rock and roll's greatest frontman. Most critics were not amused. Their influence is still being felt today. 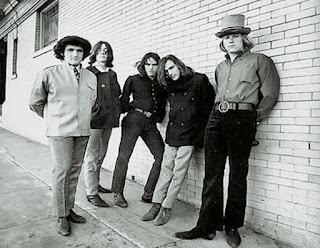 2. 13TH FLOOR ELEVATORS: They say Texas is a strange place. I believe it. Austin garage rockers evolve into one of the earliest progenitors of psychedelic rock. How many rock and roll acts can boast an electric jug player? They managed to score a national Billboard no. 55 hit with their debut single "You're Gonna Miss Me", but their career was marred by legal problems as a result of their copious LSD intake. Lead vocalist Roky Erickson was hugely influential on later generations of alternative rock musicians. 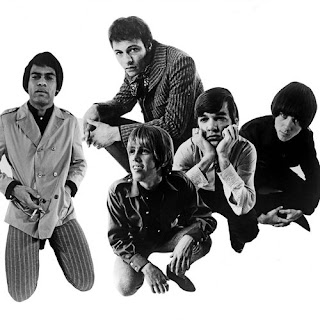 3. LOVE: This Los Angeles quintet lead by the talented Arthur Lee never really toured and accordingly, never really got past cult status despite critically acclaimed albums. They navigated between garage rock and baroque pop with influences ranging from folk to jazz. Their biggest success was their July 1966 single "7 and 7 is" which managed to reach number 33 on the Billboard chart. The song was later covered by the Ramones, Alice Cooper and Rush among others. 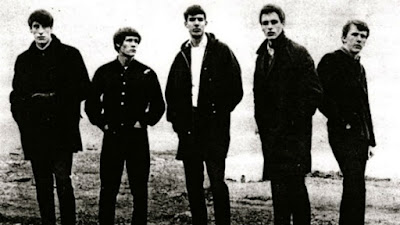 4. THE SONICS:  Out of the Pacific Northwest, the Sonics started in Tacoma Washinton in 1960 as a standard frat band playing mostly instrumentals and hits of the day. After several personnel changes, things really took off when keyboardist Gerry Roslie took over on lead vocals. By 1964 their sound was mean and lean. Roslie's soulful vocals and wild screams are some of the most distinguished in rock and roll. Their budget two-track recordings made them even more legendary and often imitated. Their classic songs (Psycho, Boss Hoss and The Witch) have been covered by countless punk bands over. With three classic albums and a handful of singles, they are the quintessential American garage band. 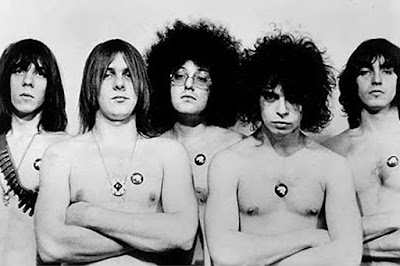 5. MC5: Detroit Michigan. Revolution by guitar. Detroit soul meets the power and volume of the Who. Six string virtuoso. Blue collar boys caught up in the times. Choreograph meets improv. Major label signing. Career sabotage over and over. The power, the glory and the crash. A discography of three solid albums. 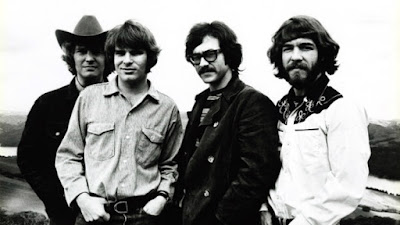 6. CREEDENCE CLEARWATER REVIVAL (CCR): Self-described swamp-pop. Lead singer / songwriter John Fogerty successfully created a formula that merged southern American music (blues, country, gospel and early rock and roll) with the two and half minute radio song. They were done by 1972, but to call them prolific would be an understatement as they released three album in 1969 for chrissakes! With their tasty guitar licks and Fogerty's recognizable raspy baritone, it seems like at least 50% of the bands' output has since found a home on classic rock radio. After all these years, hearing a CCR song still offers some respite from the swill of the tired commercial rock format rotation. Most of their material has aged remarkably well. 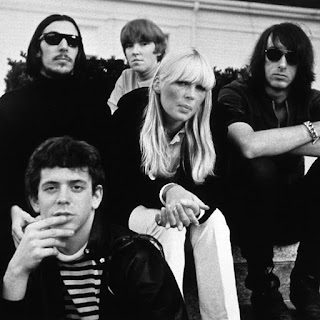 7. VELVET UNDERGROUND: One of the least commercially successful bands on this list, is perhaps, not surprisingly, also the most critically acclaimed. The cooler than cool band lead by main songwriter Lou Reed formed in 1964 and finally settled on the name Velvet Underground in late 1965. Lyrical themes sometimes touched upon drug addiction and sadomasochism while the music was at times quiet and jangly and other times avant-garde and pop. It was commonplace to hear a screeching viola and guitar feedback one moment and then a pleasurable pop song the next. Having two Europeans in the band (John Cale and Nico) and being aligned with Andy Warhol certainly gave them an exotic aura. They left behind a catalog of work that inspired scores of punk, new wave, goth and indie bands across the globe thus cementing their cult status. 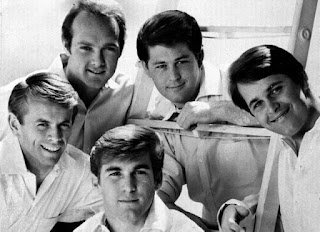 8. BEACH BOYS: For many, the Beach Boys are the quintessential American sixties group. Five clean cut boys distinguished by their vocal harmonies and catchy songs about surfing, cars and girls. Nothing dangerous here so Mom and Dad didn't mind them. They sold millions of records and scored dozens of Top 40 singles and were one of the few American acts not made irrelevant by the British Invasion. Main songwriter Brian Wilson is considered to be one of pop music's great geniuses/eccentrics. Their 1966 album Pet Sounds is recognized as a masterpiece (especially by the indie pop contingent). 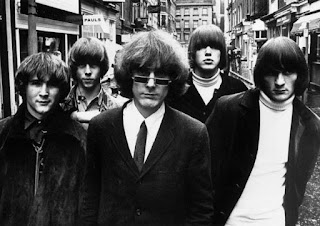 9. THE BYRDS: America's answer to the Beatles. Granny sunglasses, harmonies and jingle jangle. Arguably, the inventors of folk-rock as well as country rock and no slouches at psychedelic either. Blessed with ample talent and a knack for interpreting Dylan songs. the ever-changing line-up of this L.A. group boasted at least 11 different members including three very influential guitarists. Roger McGuinn single-handedly popularized the Rickenbacker 360 12 string electric guitar. Gram Parsons is the grand daddy of country rock and reportedly showed Keith Richards a few licks and tricks. Clarence White, a child prodigy on stringed instruments joined late in the game and became the quintessential psychedelic cowboy picker. Recorded a dozen albums between 1965 and 1973 with six singles in the American Top 40. 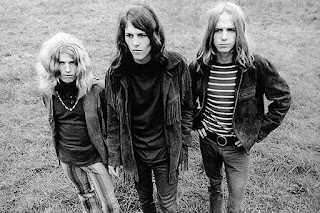 10. BLUE CHEER: This Frisco trio, purveyors of primitive thunderous heavy psychedelic rock, are almost unanimously proclaimed the godfathers of heavy metal. Despite several line up changes, they managed a handful of acclaimed albums and scored an unlikely hit single in 1968 with their cover of Eddie Cochrane's Summertime Blues (#14 on the U.S. Billboard Chart). Sporadic reunions throughout the years kept their name alive until they finally disbanded for good in 2009 after the death of bassist/vocalist Dickie Peterson. Recommended albums are Vincebus Eruptum (1968) and Outsideinside (1968). 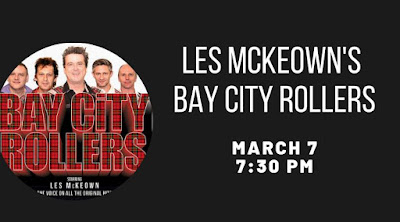 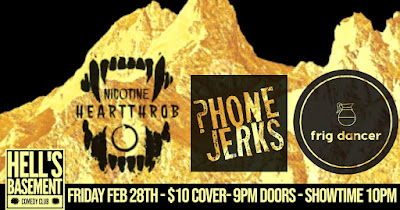 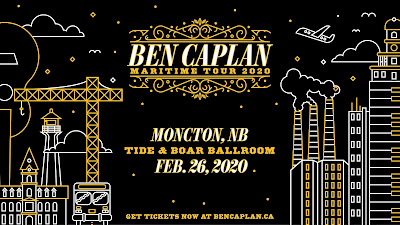 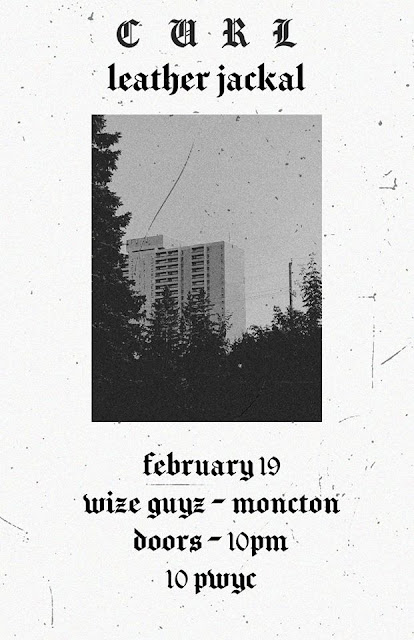