Those Who Served: Trevor Bolder and Ray Manzarek

Ouch! As times passes it is inevitable that we are losing important and pioneering rock and rollers at an alarming rate. In the past few days we have lost not one, but two musicians who have a secure place in my record collection.

Ray Mazarek (b. 1939 - d. 2013) keyboardist for L.A. legends The Doors passed away on Monday May 20th at the age of 74 after suffering from bile duct cancer. His signature playing was key to the Doors sound as he played great melody as well as filling in for a non-existent bassist. After singer Jim Morrison's untimely death and the eventual break-up of the band, Manzarek went on to produce two fantastic albums by L.A. punk band X. The Doors were a huge influence on many punk and post-punk bands but none more so than the Stranglers whose keyboardist Dave Greenfield was an obvious student of the Manzarek sound. Here's just a sample of the cool cats who have covered the Doors: The Ramones, Echo & The Bunnymen, UK Subs, Billy Idol, DOA, The Damned, Joan Jett, The Cure and Half Japanese. Rest in peace Ray. 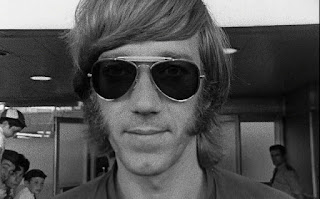 Trevor Bolder (b. 1950 - d. 2013) bassist extraordinaire for David Bowie's Spiders From Mars. This guy played on what could arguably be some of the best pre-punk seventies rock albums ever. Check out Hunky Dory (1971), The Rise And Fall of Ziggy Stardust & The Spiders From Mars (1972) and Aladdin Sane (1973). These are monumental albums in the history of rock music. What a recorded legacy he leaves! After his tenure with Bowie, Bolder joined Uriah Heep and later Wishbone Ash. He died of pancreatic cancer on May 21, 2013 aged 62.