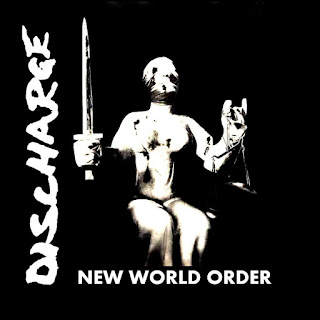 Discharge - New World Order  7" (Nuclear Blast)
A fine sampler of the new revitalized Discharge complete with new vocalist, new drummer and a two guitar assault. Structurally, New World Order resembles classic Discharge, but with more metallic riffage and heavier production. If this is a sign of things to come, fans of the band will not be disappointed. The b-side offers up a decent, but ultimately loose performance of Ain't No Feeble Bastard recorded live in France featuring bassist Rainy in all his glory. The somewhat clumsy sound editing at the end of the song is a bit of a head scratcher considering Nuclear Blast is fairly pro label. Keeping it punk, I guess? New album End of Days due out in April.  (RA) 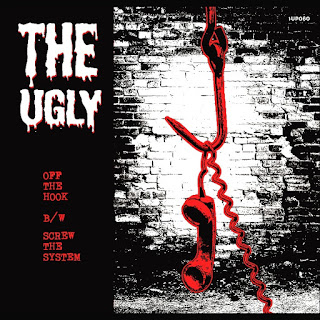 The Ugly - Off The Hook b/w Screw The System  7" (Ugly Pop)
Toronto's The Ugly have always gotten the short end of the stick when discussing the city's original punk scene. For my money, they were right up there with the Viletones and the Diodes, but were too out of control for proper management or record labels. In between the chaos that was their daily lives, they did manage to release one single back in 1978, but it was pretty much a power pop record and did not accurately capture their true sound. Fast forward over three decades later and the band is back. Lead by the original rhythm section of Screamin' Sam and Tony Torcher, the boys have managed to recruit local heavyweights Steve Koch (ex-Viletones) on guitar and Greg Dick (ex-Dream Dates) on vocals and the results are stellar. The a-side is a cool take on the Stones' garage classic Off The Hook that would be welcome at any rockin' party. The b-side is an original tough punk tune from back in the day that has finally been recorded. Welcome back lads!  (RA) 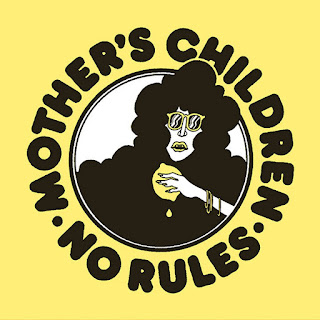 Mother's Children / Mandates split 7"  (Taken By Surprise)
Two great contemporary Canadian bands on a German label. How's that for internationalism? Ottawa's Mother's Children serve up some fine 70's influenced saccharine power pop with tasty guitar licks. It's high energy, lots of fun and easily as good their other material. The Mandates from Calgary also deliver a fine gem and remind me of what the Pointed Sticks would sound like under the influence of amphetamines. This certainly makes me want to hear more. This is a great Saturday night record.  (RA)