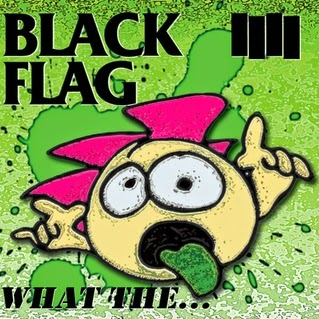 Black Flag - What The...  LP  (SST)
During their initial decade long existence (1976-1986), Black Flag always courted controversy with authority figures, but who would believe that almost three decades later the band would be scrutinized so heavily by their fans? This incarnation of the band is essentially founder/guitarist Greg Ginn at the helm, Ron Reyes (the band's vocalist circa 1979-1981) handling microphone duty with some hired guns filling in the rhythm section.
Musically, this still has the trademark experimental guitar for which the group is known. Many songs are reminiscent of the mid-80's Henry Rollins era but somehow lacking a cohesive flow. If Ginn had shaved one third of the album's 22 songs and had the benefit of a constant live unit, this may have been a much more solid album. As it stands, it seems a bit rushed and will not be considered a defining part of the Black Flag catalog. We want hear more. 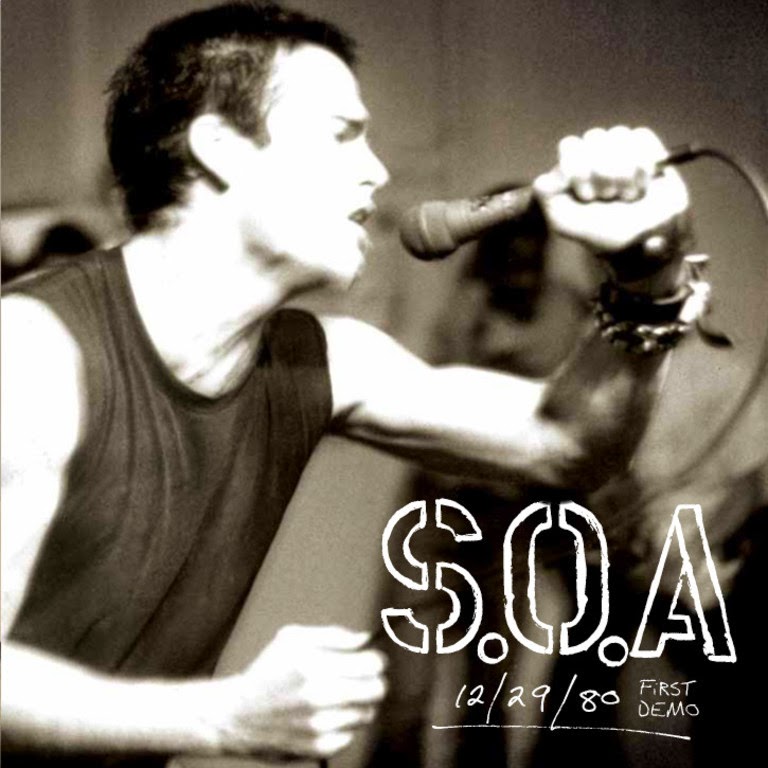 S.O.A. - First Demo  7"  (Dischord)
Wow! What a time capsule! This is eight tracks of fast, no frills hardcore punk when the movement was still in its infancy. Although three tracks were previously released on the Flex Your Head compilation, any fan of the genre or of Henry Rollins should pick this up immediately. Recorded back in December 1980, this demo pretty much equals the legendary No Policy EP that they released a little later. It is such a pleasure to be able to decipher the most of lyrics without a printed sheet.
Posted by The 13s at 12:20 PM